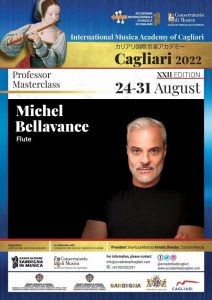 Internationally celebrated flautist Michel Bellavance is in high demand around the globe as a performer and teacher.

With engagements on nearly every continent, he enjoys a very full travel schedule with invitations to headline as guest artist at festivals, to perform with orchestra, and to give recitals and masterclasses at well-known conservatoires, universities and summer academies worldwide.

A Miyazawa artist, Michel embraces a full range of repertoire, and his discography attests to his keen interest for both new and less familiar works.