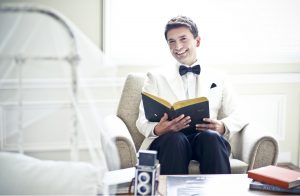 Gianluca Marcia – President and Director responsible for the organisation and management

Gianluca Marcia, born in Quartu S. Elena (Cagliari), graduated in Law, mastered in International Trade. From 2001, dedicated his life to the field of arts management, planning and managing international culture projects.
After various work experiences in International Trade with the Italian Chamber of Commerce in Rio de Janeiro, in the year of 2001 he created the International Music Academy of Cagliari as the Chairman and Organization Director.
The Academy is a prestigious school of higher music education which has established itself as one of the most important music institution of higher education in Europe. The Cagliari International Music Academy, organizes master classes for young musicians from all over the world and from all International Schools.
Together with the master classes, many other musical events are held. Seminars, Conferences,Concerts performed by both instructors and students, meetings and the prominent Festival “Le Notti Musicali di Cagliari “.
The Festival is very important because the teachers as well as the students can perform in a very celebrated context.
This collaboration between internationally renowned musicians and young artists is the strength of the initiatives pursued by Gianluca Marcia.
Gianluca Marcia brings forward an exciting work of enhancement of musical culture in Sardinia. He gained an official recognition of the Academy in 2008 by UNESCO.
Gianluca Marcia, collaborates with the UNESCO, organizing events that have a purpose of unifying different cultures.
From 2008, he organized an international Gala, concerts , exhibitions, conferences, workshops and cooking shows, at the world headquarters of UNESCO.
Gianluca Marcia collaborated in his work with renowned godmothers of cultural events such as Claudia Cardinale, Caterina Murino, Marisa Berenson, Macha Meril, Katia Ricciarelli.
Gianluca Marcia became one of the most important leader of the cultural and music industry, particularly in the field of classical music and opera.
His knowledge of different languages ​​allow him to initiate collaborations and co-productions with others wellknown International Cultural Institutions.